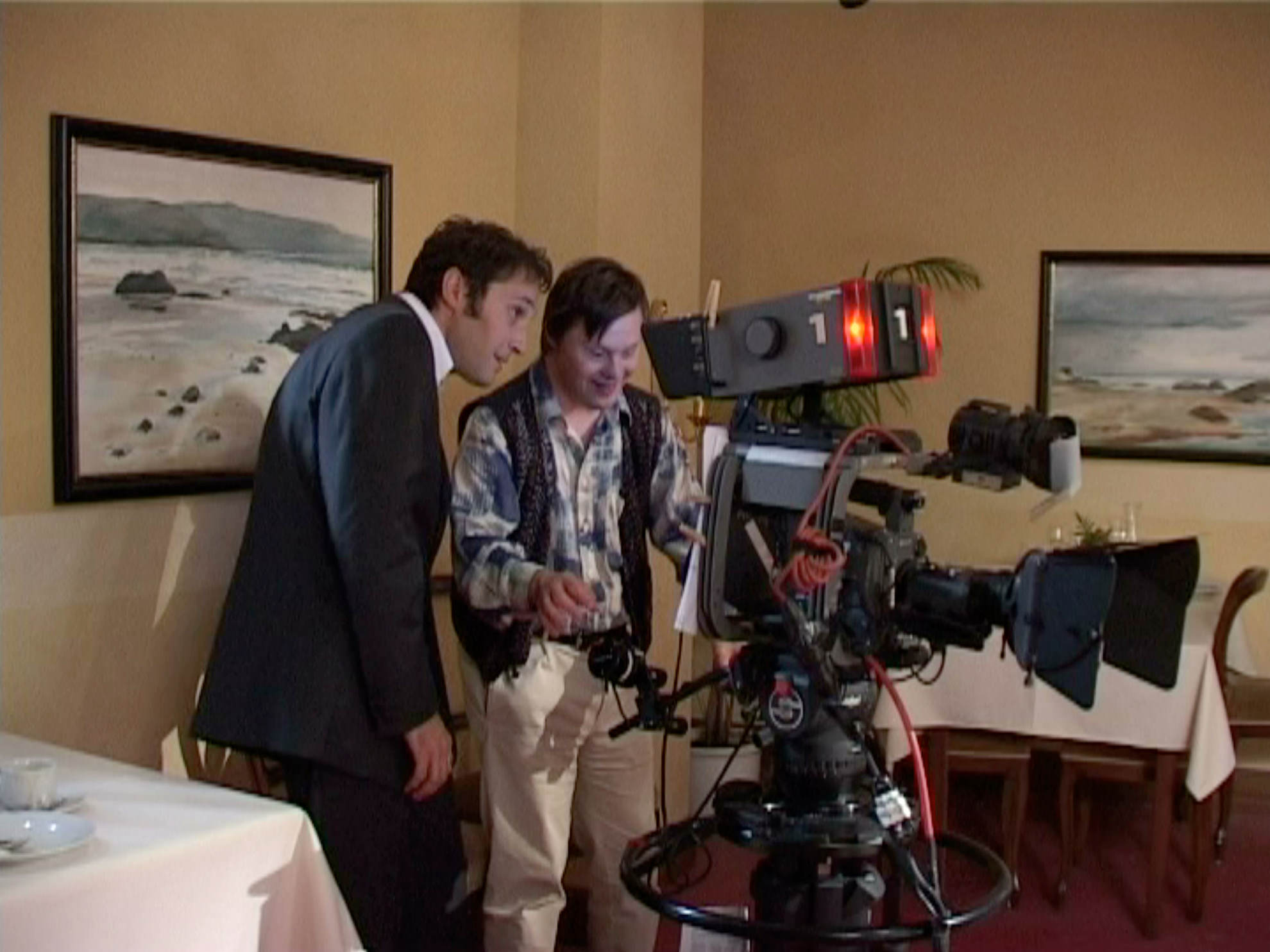 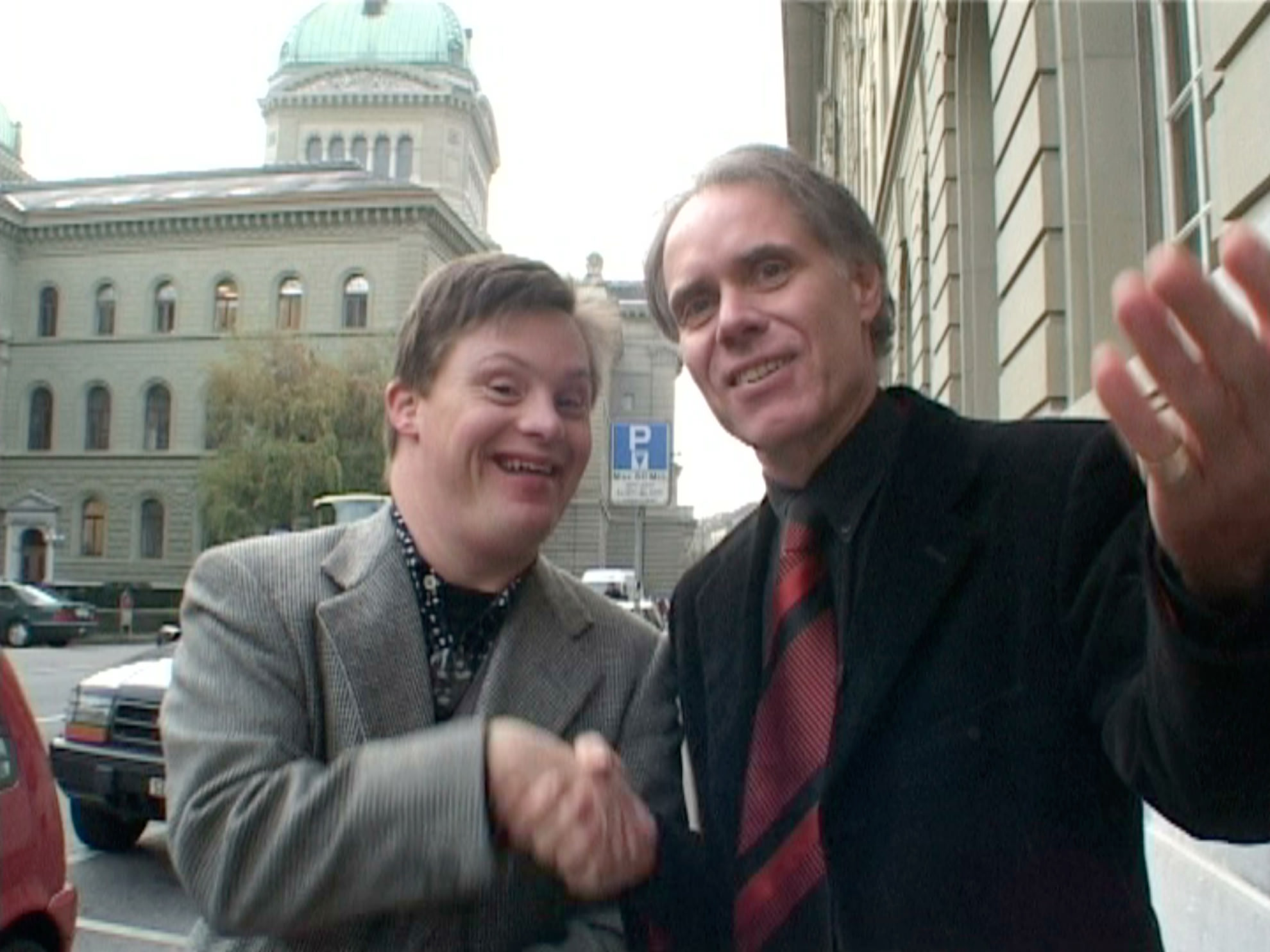 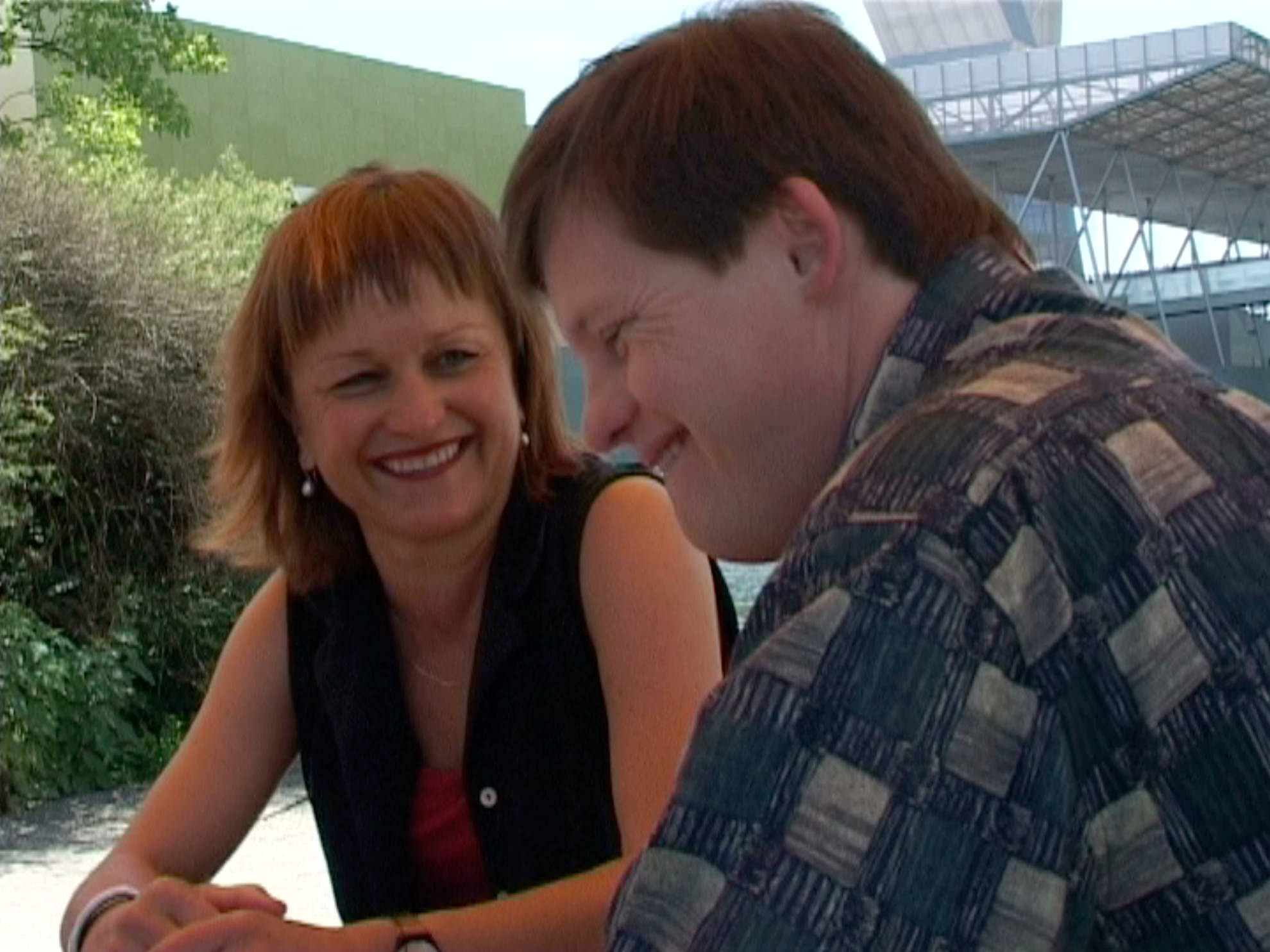 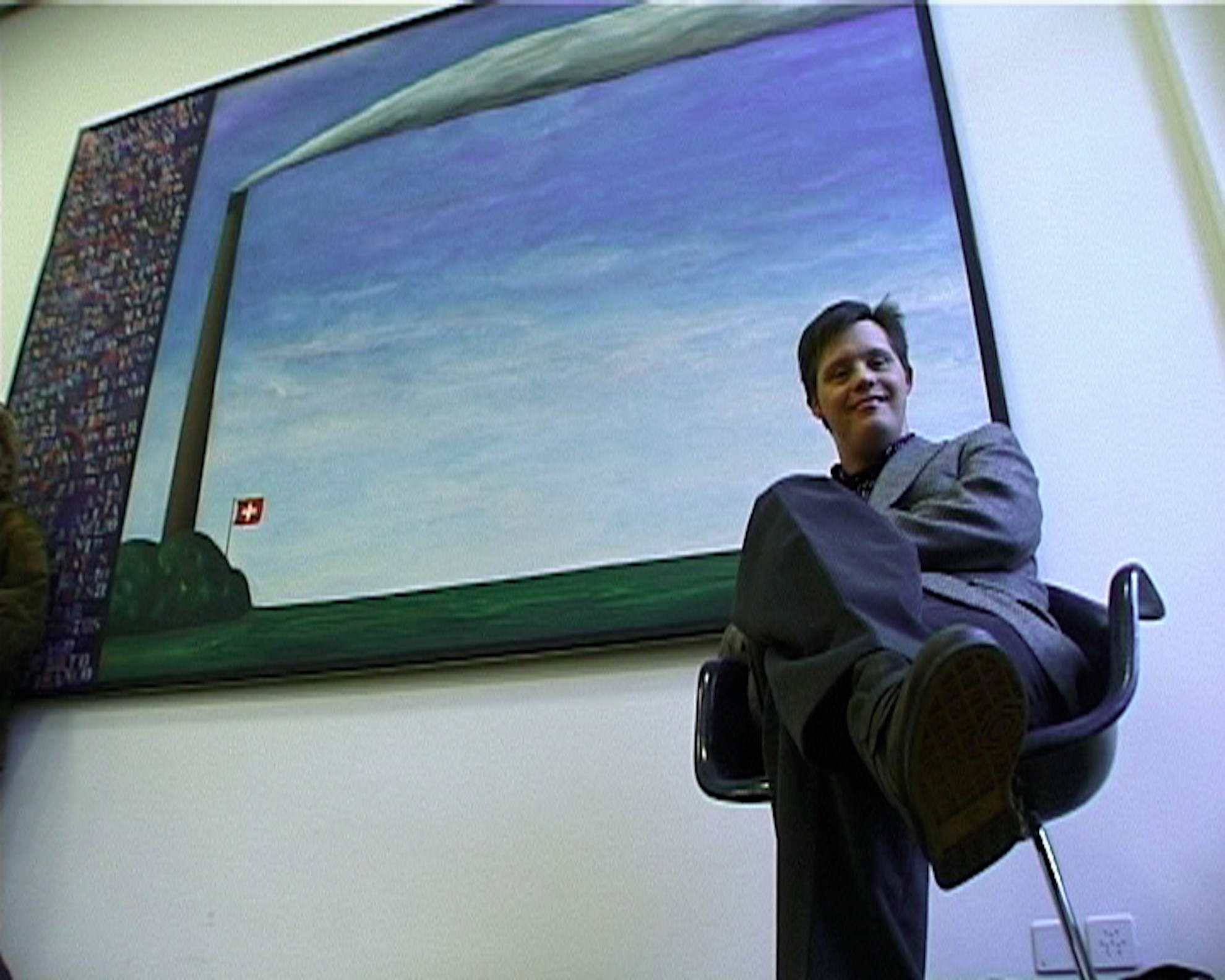 Cyril meets Swiss celebrities, he hits our hearts and he discovers the world around us, which we sometimes don't even see anymore. CYRILLT TRIFFT is an unusual journey through the year 2002 and with celebrities we have never met before: Anne-Marie Blanc, Gardi Hutter, Moritz Leuenberger, Reto Pavoni, Martin Schenkel and Abbot Martin Werlen. They all asked themselves Cyrill's questions. Cyril is 35. He has trisomy 21, commonly known as Down's syndrome. The encounters are extraordinary: it's about profession, about Switzerland, about love and about life itself; it's about bratwurst, bears, the Rütli oath and September 11th. The documentary film series was shown on Swiss television for two years with great success. 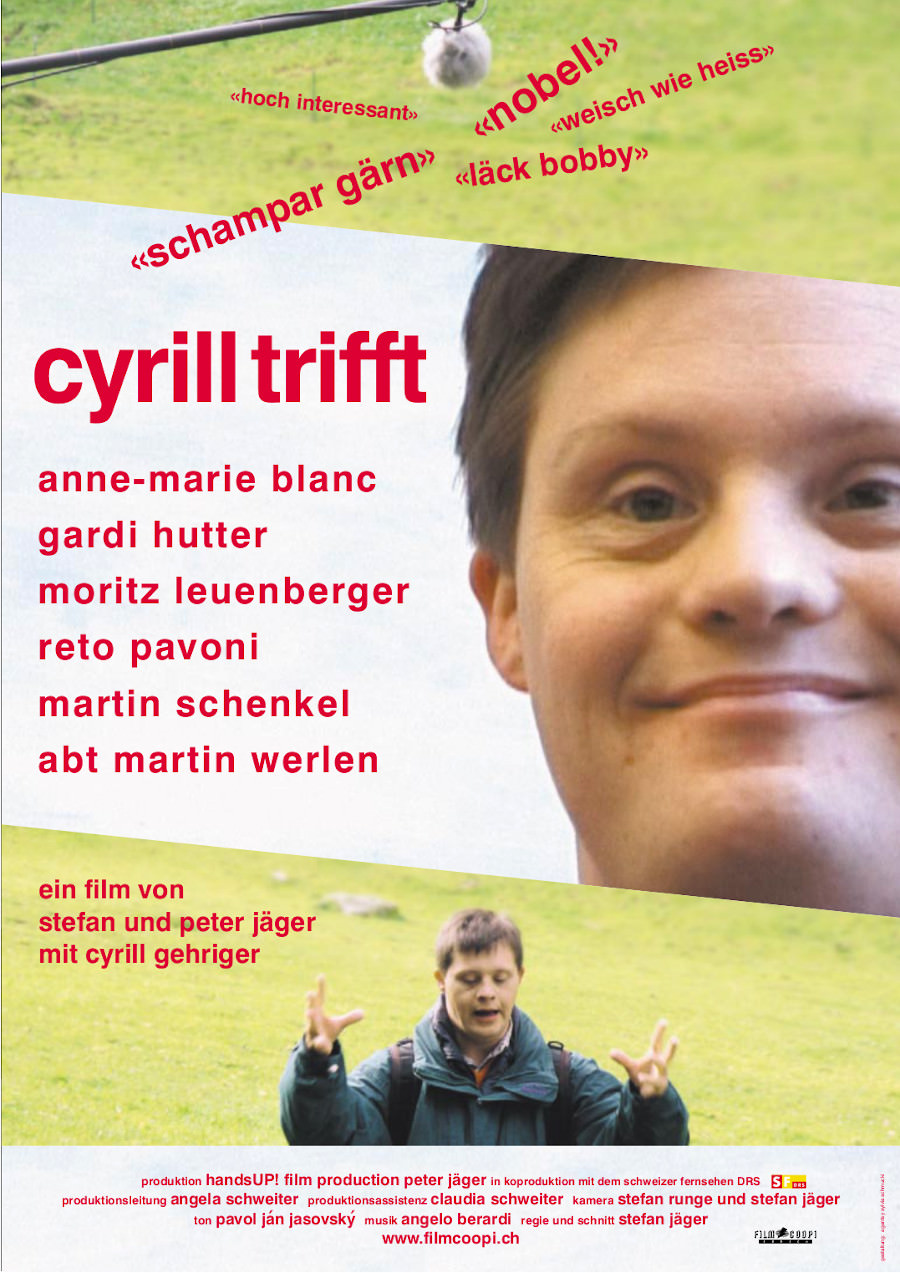