Now in theaters in Germany and Switzerland!

The latest documentary by NAHUEL LOPEZ has celebrated its world premiere at DOK.fest Munich on May 6, 2022. TODAY, June 30, 2022 it will be released in Switzerland and Germany in cinemas only!
"Lopez's film is a glowing tribute to Thomas Hoepker's photographic work and his humanitarian attitude, which has had a decisive influence on social documentary photography of the last 50 years. It is also an intimate portrait of the couple, whose relationship is being redefined by Hoepker's illness. Using news broadcasts played on the soundtrack, as well as images of eerily empty towns, Dear Memories is also a state-of-the-nation report from the U.S., which in 2020 is as shaken by the flare-up of the Corona pandemic as it is by the hot final stretch of the 59th presidential election." - Cineman
DEAR MEMORIES is a GRANVISTA Media production in co-production with tellfilm, NDR and RBB. Distribution Germany and Switzerland: DCM. Supported with funds from the German Federal Film Fund DFFF, BKM - Die Beauftragte der Bundesregierung für Kultur und Medien, MOIN Filmförderung Hamburg Schleswig-Holstein, Medienboard Berlin-Brandenburg, Zürcher Filmstiftung and Alexis Victor Thalberg Stiftung. 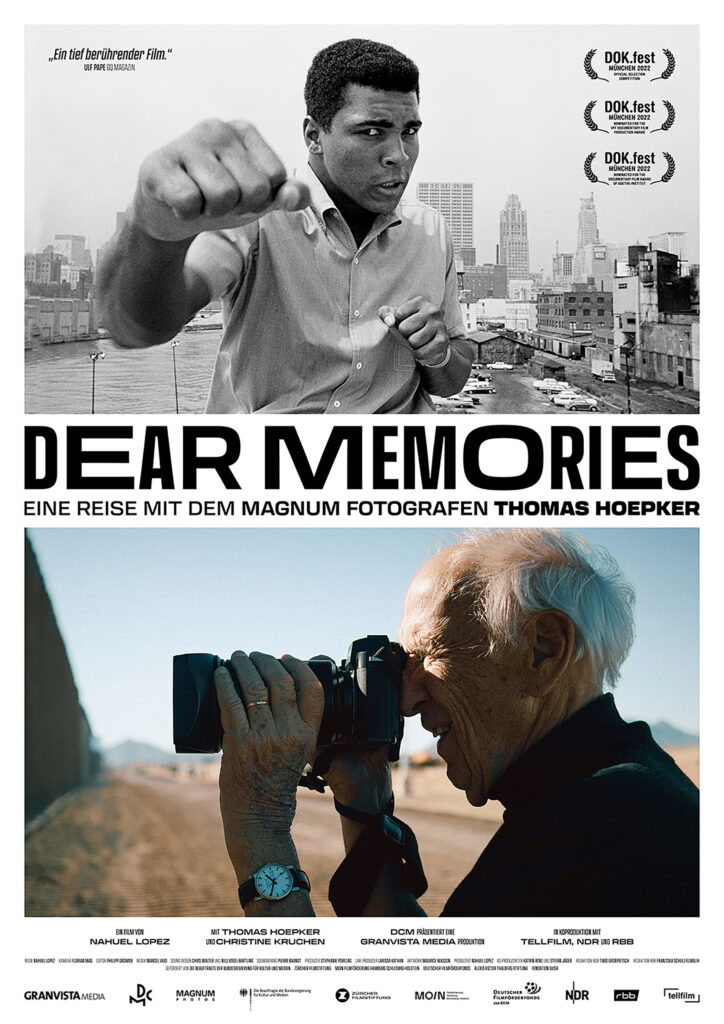